Although it is a term with which many people are familiar – indeed, which they use very casually – the true significance of paranoia and the devastating impact it can have tend to be little appreciated. Those who have experienced it, however, tend not to view it so lightly.

Paranoia is a set of feelings, instincts or thoughts typically characterised and influenced by fear and anxiety, often including feelings of persecution and beliefs in conspiracies against the paranoid individual. Paranoid thoughts are often irrational and can go to the point of delusion, sometimes exacerbated – for example in cases of psychosis, or following the consumption of hallucinogens – by auditory and/or visual hallucinations.

Paranoia is highly influenced by social circumstances – although it can affect anyone regardless of demographics – while an individual’s psychological make up can also render them more susceptible to developing paranoia. It is also associated with the consumption of certain drugs (especially stimulants, hallucinogens and marijuana), both as a symptom of any given instance of drug use, or over the longer term as a symptom of stimulant psychosis and/or substance induced psychosis.

Paranoia can manifest in a pronounced reluctance to trust others, feelings of persecution, delusions – sometimes extremely complex ones – in which conspiracies typically feature prominently, seeing intent behind events which most people would recognise as coincidental, and making false accusations of others.

While paranoia can be used informally to describe a certain mode of behaviour, it can be clinically diagnosed as part of three disorders: paranoid personality disorder; paranoid schizophrenia; and “querulous paranoia” – a persecutory variety of delusional disorder.

Paranoia as an Addiction Symptom

Although paranoia is not usually recognised as a symptom of addiction per se, it can result from the excessive consumption of substances of abuse which typifies drug addiction.

What Are the Symptoms of Paranoia?

Along with the “Effects of Paranoia” mentioned above, paranoia can cause withdrawal and social isolation; secretive and furtive behaviour; a reluctance to use technology; volatile and potentially aggressive behaviour; acts of self-harm; engaging in (sometimes bizarre) “countermeasures” to perceived surveillance (for example, the infamous “tinfoil hat”) and a range of other idiosyncratic behaviours.

Is paranoia a mental health problem?

Paranoia is considered a symptom of mental health problems (including some listed above) rather than a condition in its own right.

How Is Paranoia Diagnosed?

Paranoia would be recognised as an aspect of a mental health disorder, or a consequence of an instance of substance abuse, rather than as a distinct diagnosis.

How Is Paranoia Treated?

Typically, paranoia would be addressed in psychotherapy, perhaps as part of a holistic addiction treatment plan. Some conditions causing paranoia could also be treated pharmaceutically.

If you are suffering from an addiction, do not let paranoia and other symptoms ruin your life: once you admit to your condition, you will be able to set out on the road to treatment and recovery. 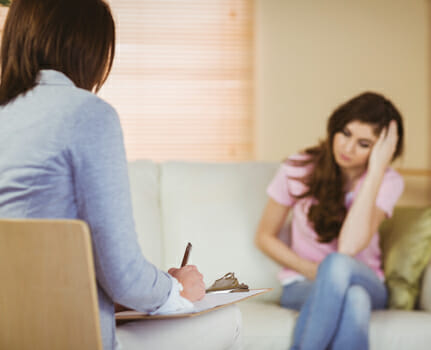 Getting free of addiction may be a daunting prospect – but the alternative is immeasurably worse. Take back control of your life and take the first steps on the road to recovery by calling your GP and/or an addiction specialist today.