Rapid Rise in Those Becoming Addicted After Fifty 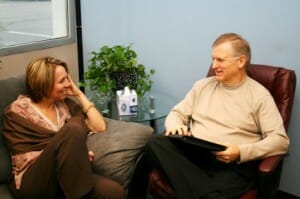 The number of older people with addiction problems is becoming a real concern, frequently referred to in the media as the ‘hidden epidemic’. About sixty per cent of these people fall into the category of ‘hardy survivor’, individuals who have been abusing alcohol or drugs for most of their lives but have managed to beat the odds and stay alive.  There are also a growing number of individuals who do not start abusing these substances until after the age of fifty, with a number of reasons why this is happening.

Increased Danger of Substance Abuse after the Age of Fifty

People over the age of fifty can be more in danger of substance abuse for a number of reasons, including:

Reasons for Addiction Problems in the Over Fifties

The stereotypical depiction of a person who falls into addiction is someone who is struggling to function from an early age. This fits in with the idea of it being a genetic problem or due to individuals growing up in the wrong type of atmosphere. The reality is that there are individuals who manage to function well for most of their life, without any signs of addiction, but fall into this trap later on. Nobody is safe from developing this type of problem, although there are those who are more likely to become addicted than others.

One of the most common reasons why individuals over the age of fifty fall into addiction is as a response to the major change in their lives that retirement brings. These individuals may have been looking forward to this part of their life but, when it does come, they just do not know what to do with their time. Going to the pub every day can be a way to socialise, but it also means drinking more and more.

Older people are more likely to suffer from bereavement and may have their own health problems to deal with. The fact that the person knows that they are probably nearer the end of their life than the beginning can become a source of concern, with the individual turning to alcohol or drugs for comfort. Loneliness and a feeling of no longer having a purpose can also be a powerful driving force behind the substance abuse.

Another reason that older people are developing addiction problems is due to prescription drugs. These individuals usually start by being prescribed these strong medications for legitimate reasons, but, over time, begin to enjoy the effects of these substances. It is important to remember that prescribed opiates can be much stronger than heroin and therefore highly addictively if not taking the right way.