When one is unable to function normally and participate in everyday activities like attending school, going to work and meeting their social and personal needs without taking a particular substance, they can be described as being dependent on that drug. This usually happens after using it multiple times, during which tolerance gradually develops.

It’s possible to be dependent on multiple drugs at the same time, particularly when alcohol is involved. The rate at which dependence forms is reliant on several factors. The most significant among them are the nature of the drug, the unique profile of the user and any mental disorders the user may be suffering from and attempting to cope with.

What Is Drug Dependence?

Dependence refers to when the continued use of a drug results in the body adapting to repeated exposure to the drug. When this happens, the brain can only function normally in the presence of the substance. Withdrawing often leads to different physiologic and physical reactions. Depending on the drug, withdrawal symptoms vary in severity. For example, those of alcohol can be physically life-threatening. However, abusing a drug which is not physically affecting the way your body works could still lead to suicidal ideations and severe depression. Dependence typically leads to an individual continuing to use a drug to avoid withdrawal symptoms. 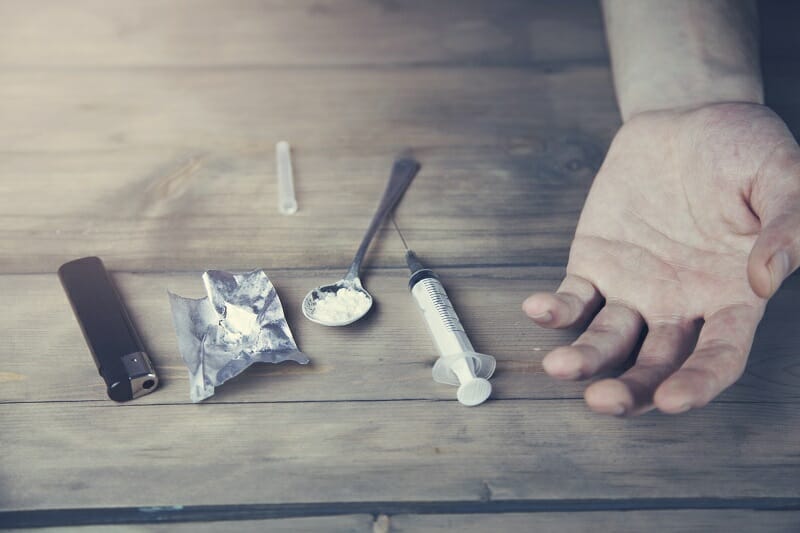 Untreated dependence can be dangerous as it often causes an increase in drug usage as our bodies adapt to the substance, which can result in an overdose.

The Difference between Dependence and Addiction

Dependence is not the same as addiction, as physical dependence could exist without an actual addiction. While dependence is heavily centred on an individual being unable to function without a drug, addiction refers to an overwhelming compulsion to take the drug. Individuals suffering from substance dependence but not addiction are not likely to experience withdrawal symptoms if they don’t take the substance.

There are some distinctions between the symptoms of addiction and those of dependence. Addiction mainly involves using drugs with no regard for the consequences, failing to stop using drugs despite a strong willingness to and defaulting on social and professional obligations due to drug use. Individuals suffering from addiction may also go to extreme lengths to attain the substance they are addicted to.
Process addictions, such as internet or gambling addiction, may carry the typical signs of addiction but not escalate to physical or psychological dependence. Individuals may fail to meet social and professional obligations and continue engaging in the practice despite its negative consequences. However, being deprived of the agency to engage in the activity may not lead to withdrawal symptoms, as in the case of dependence.
Get Confidential Help Now

Signs and Symptoms of Drug Dependence

Dependence can involve many of the symptoms of addiction, as well as some additional ones. Generally, the symptoms of dependence are marked by bodily reactions caused by the presence (or absence) of a substance.

One of the key symptoms of dependence is the development of tolerance for the substance, which results in a desire to take larger or more frequent doses. Individuals suffering from drug dependence are also likely to experience physical withdrawal symptoms when they try to stop using the drug. These can include tremors, sweating, nausea and difficulty breathing.

Mental signs of dependence include anxiety, depression and poor concentration. Those around the user can observe these symptoms manifested as irritability, social isolation and a fatigued appearance.

Another significant symptom of substance dependence is when an individual uses a drug in situations where it’s dangerous for them to do, such as before driving. This usually extends to using the drug within the workplace and other places where doing so is highly risky.