The intake of drugs can be safe when taken in the prescribed doses. However, overdoses may be life-threatening. The symptoms of an overdose vary based on the type of drug and may be hard to identify.

To create awareness and encourage people who have witnessed an overdose to speak up, Good Samaritan Laws have been developed to protect witnesses from arrest. These may be people who are afraid of speaking out and landing themselves in trouble with the law.

What Is a Drug Overdose?

A drug overdose (OD) is the ingestion of drugs or other substances in larger quantities than prescribed. It occurs when the drug reaches toxic levels that endanger the functioning of the body cells. An overdose may result from excessive use of a single drug or combination of drugs. It occurs when the metabolism of the drugs is not fast enough to avoid toxic side effects.

People at risk of an overdose include those who inject drugs such as cocaine into their veins. This is because the intravenous application of some drugs can only be pleasurable in larger amounts. Unintentional overdose can result from failure to read and understand prescriptions. 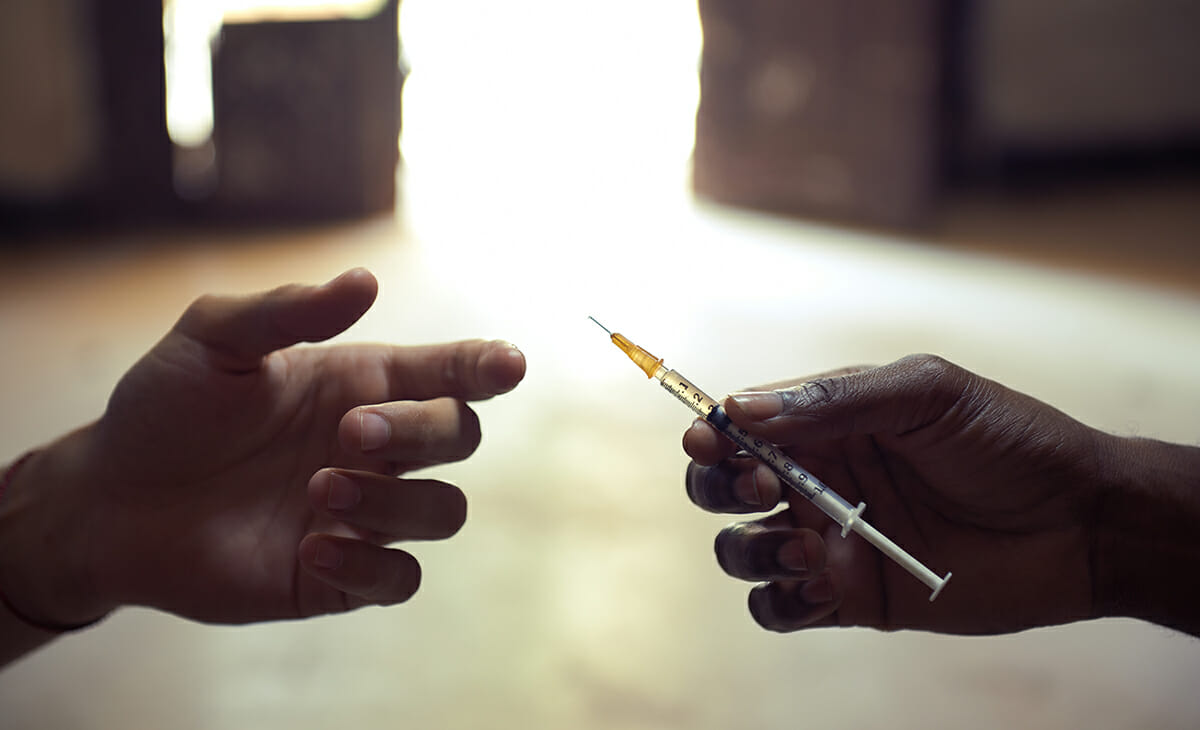 Additionally, children may unknowingly overdose on drugs such as multivitamins that contain iron. These drugs are normally mild when taken in small amounts.

Signs and Symptoms of a Drug Overdose

An obvious sign is a level of effects higher than that of normal doses. Side effects also become enhanced, and other effects that were not previously seen may arise as well.

The overdose of opioids can lead to inadequate breathing, which consequently results in the change of lips and fingers into a blue colour due to low oxygen intake. Additionally, a lower oxygen intake can cause unconsciousness or coma.

Other symptoms may include chest pain, abdominal pain, nausea, vomiting and confusion. The skin of an overdosed person may be hot and dry. A life-threatening symptom, however, can be the presence of blood in bowel movements.

How to Help Someone Having a Drug Overdose

It is vital to take an overdosed person to the emergency room immediately.

family of the individual should never hesitate to contact emergency services, since overdoses can sometimes be fatal. When waiting for emergency personnel, someone should stay with the overdosed person. This responsible person should take medication containers of the drugs the person overdosed on.

An overdosed and unconscious person should be placed on their side in case they vomit to prevent choking. Also, the affected person should not drink or eat anything, and home remedies such as putting them in a cold shower should be avoided because they can cause injuries.

It is critical to check the responsiveness of an overdosed person. If they are not breathing and are unconscious, someone can rub their knuckles on the chest bone of the unconscious person. Rescue breathing can prevent deaths resulting from respiratory failure.

It is important to contact poison control whether the person has symptoms of poisoning or not. Being honest with the medical team can go a long way in saving a life, and withholding information may cause serious consequences.