Should the government and media be doing more to prevent drug Addiction and drug related deaths?

I remember from my childhood, TV programs and advert campaigns that alerted me to illegal drugs and what the consequences can be if you take them, such as Grange Hills “Just Say No” campaign and Leah Betts media and 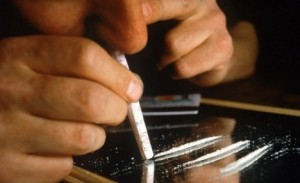 TV coverage of her death due to one Ecstasy tablet. I have to say that the public awareness worked for me and these are two drugs that I never tried. Although I would hasten to add that I tried most other drugs and just about every brand of alcohol on the shelves.

This got me thinking, I can’t think of the last time I saw an advert on the TV warning the public of the consequences of drug or alcohol use. Nor can I think of any campaigns. The Leah Betts story and Grange Hill anti Heroin campaign frightened me enough to stay clear of those two particular drugs.

As a recovered alcoholic and prescription pill addict, I can’t say if I would have chosen to stay clear of other drugs and alcohol if I had been made more aware of the consequences, but effective advertising did have a positive impact on me with regard to those particular drugs. Ignorance was my friend, and when as a teenager I was offered a drug that I knew little or nothing about, other than the positive effects outlined by the dealer or the friend offering it, I took it without hesitation or fear. Drugs such as Cannabis, Acid and Speed, and before that, volatile substances such as glue, lighter fuel and gas.

Having studied all types of different drugs and their effects, I’m now fully aware of the facts, at the grand old age of 38 (shhhhh!). People’s stories and experiences of their own drug use are powerful, and I feel the government could be doing more to back advertising campaigns aimed at youngsters and teenagers as this is where most drug and alcohol experimentation begins. In particular alcohol, most people drink it, most people can control it, but there is a binge culture in today’s society, where it is seen as impressive to down umpteen shots of half price vodka and countless cocktails on a night out.

More and more the focus is on parents to educate their children as to the dangers of drink and drugs, but let’s face it, not many parents know much about the latest designer drugs to hit the streets such as MCAT or Bath Salts. How are they meant to educate their children when they know little or nothing about drugs themselves.. And what about addiction, are schools educating children that addiction is an actual illness of the mind that can be treated? Are they advising them on how to get help and how to recognise at an early age if they have the traits of an addict? I’m a firm believer that prevention is better than cure, and that prevention starts with education in schools and parents. I was never sat down as a child by my parents and advised on the dangers of drinking or taking drugs, not their fault, they just simply were not aware. But even distributing and education pack to parents would be helpful.

I don’t know what others opinions on this are, but my feelings are bring back the ad campaigns and awareness, make it cool to say no to drugs. Address issues that usually manifest themselves in childhood such as low self-esteem and irrational fears. Embrace and talk about emotions, rather than encouraging a stiff upper lip and bravery and educate children AND their parents.