Cocaine remains one of the most popular drugs in the UK – and continues to do great harm to individuals and society at large. 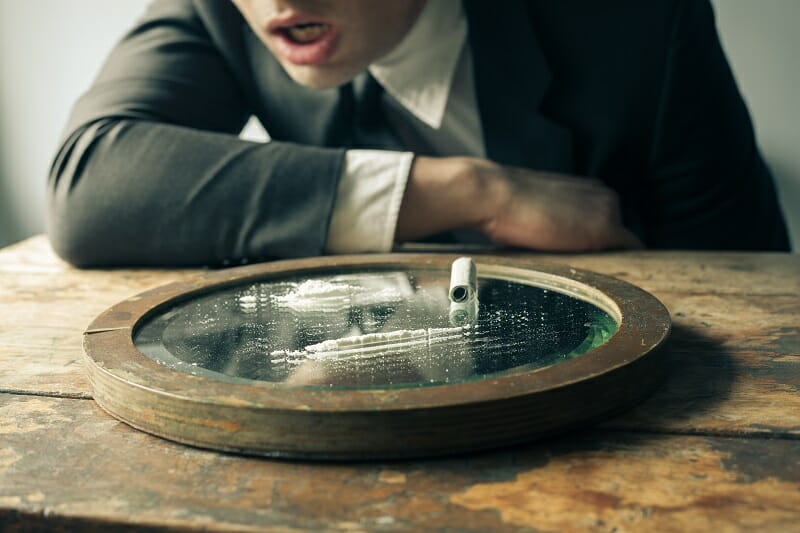 What is Cocaine Use Disorder?

Cocaine use disorder describes the continued use of, and desire to use, cocaine despite the negative consequences of such use for an individual’s physical and mental health. The euphoric and invigorating “high” caused by cocaine – a powerful stimulant – is comparatively short lived, and users may feel the need to consume more cocaine after only a matter of a few minutes (especially if they are taking it in the form of crack, which typically provides an even more intense, albeit brief “high”); regularly yielding to this compulsion can see the user building up tolerance to the drug, and

developing dependence. The regularity of use and the quantities typically consumed once addiction has developed can have very serious, sometimes fatal, health consequences.

Risk factors of cocaine use disorder

As with all substance abuse disorders, various risk factors have been identified which greatly increase the chance that an individual will develop an addiction to cocaine. Genetics and the environment both play a role in a person’s susceptibility to substance abuse disorder; in the case of cocaine specifically, some risk factors include a family history of substance abuse; personal history of the abuse of other substances and/or mental illness; easy access to cocaine (possibly including possessing the money required to purchase it); use of cocaine amongst peers; extroverted and/or exhibitionist personality type; “thrillseeking” behaviour; and higher than average libido.

Causes of Cocaine Use Disorder

The mechanisms driving addiction are increasingly well, though still imperfectly, understood: it is a disorder of the brain’s reward centres in which repeated behaviour (such as the consumption of a substance of abuse) creates abnormal levels of chemicals including dopamine, which then need to be sustained by further instances of the behaviour in question to avoid a “crash” and withdrawal.

With cocaine use disorder specifically, the behaviour in question is the consumption of cocaine and the attainment of certain levels of the drug in the system. Over time, as the user builds up tolerance, more and more cocaine is needed to be consumed at ever smaller intervals, increasing the damage done to the user’s physical and mental health.

Symptoms of Cocaine Use Disorder

The most obvious symptom of cocaine use disorder is regular intoxication from cocaine.

The drug creates feelings of intense energy and confidence in the user, and they may appear more boisterous and talkative, and perhaps more highly sexualised. Physical signs include flulike symptoms, red nostrils (from sorting) and constricted pupils – as well, unfortunately, as any of the health impacts listed below.

If someone with cocaine use disorder stops taking the drug, they may go into withdrawal. Cocaine withdrawal symptoms include very low mood, anxiety, paranoia, irritability, aggression, fatigue, insomnia, itching, mood swings, and of course intense cravings for more cocaine.

How Cocaine Use Disorder Impacts Your Health

The regular use of cocaine over the medium and long terms can have catastrophic health implications, including (but not limited to) cardiovascular damage possibly leading to conditions including heart attack and stroke; neurological damage, potentially causing fatal seizures; respiratory complications; hypertension; and infection. Less serious, but nevertheless dangerous and distressing, complications include damage to the nose and throat (which may require cosmetic surgery), dental problems, skin complaints, ocular disorders and more. 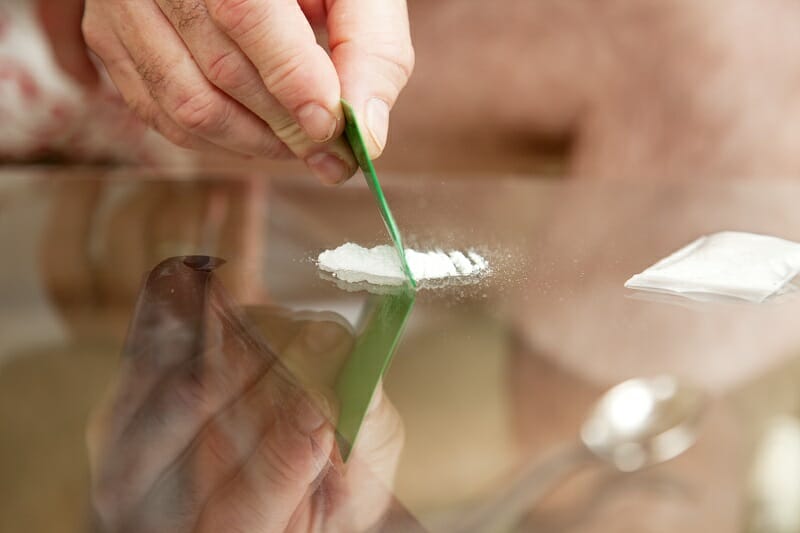 Meanwhile serious mental health issues may result, including psychosis and major depressive disorder, from various aspects of cocaine use disorder: as mentioned, the regular consumption of cocaine can cause neurological damage which can have psychological consequences, while withdrawal from cocaine dependence also has the potential to have negative psychological effects. Furthermore, the strains placed upon an individual by addiction and its impact upon their daily life can also lead to the emergence of mental health disorders, in particular depression which may result in suicidal ideation.

How to prevent cocaine use disorder

The only way a person can guarantee that they will not develop cocaine use disorder is by abstaining from cocaine completely. Failing that, however, ensuring that several days if not weeks passed between instances of cocaine consumption, and limiting consumption to a pre-set amount on each occasion, are relatively straightforward preventative steps.

Cocaine use disorder can very quickly take a terrible toll. If you believe that your cocaine habit is spiralling out of control and that you are at risk of developing – or may already have developed – cocaine use disorder, act now: contact your GP and/or an addiction specialist to discuss your situation and find out what treatment options may be available to you.

Scientists May Have Discovered New Treatment for Cocaine Addiction
Cocaine is a powerful stimulant that is highly addictive, and those who take it often experience feelings of euphoria, confidence, and alertness. However, the effects produced wear off very ...
Woman Caught Smoking Crack Cocaine on Bus is Deeply Ashamed
Drug addiction is a devastating illness affecting many people all over the UK. Illegal drugs such as heroin and cannabis are often abused, but many individuals also abuse prescription medica...
Contestant Pulls out of The Voice UK Because of Cocaine Addiction
A drug addiction is a destructive illness that can destroy lives, and Beth Morris knows that first-hand. The Voice UK contestant pulled out of the quarter-finals of the show after revealing ...
Get Confidential Help Now