Desipramine – marketed under numerous brand names including Norpramin, Pertofrane, Irene, Nebril, Pertofran, Pertrofran, and Petylyl among others, and also known as desipramine hydrochloride – is a tricyclic antidepressant (TCA) with the chemical synonyms desmethylimipramine and norimipramine. First used in the treatment of depression in 1964, desipramine is usually taken orally though can be administered via intramuscular injection. In the UK desipramine is a prescription-only medicine.

What is Desipramine Used to Treat?

In the field of addiction treatment, research is ongoing into desipramine’s ability to reduce cravings in people suffering from substance use disorders, especially cocaine dependence. However, it is more typically used for its antidepressant qualities, both during withdrawal and detoxification (detox) where it can alleviate depression as a withdrawal symptom, and, longer-term, treating depression as a driver of addiction and as a potential contributing factor in instances of relapse.

Why use Desipramine for Drug Addiction

Depression is a significant driver of addiction and dependence, and is also one of the most common (and potentially dangerous, in terms of its ability to induce suicidal ideation) symptoms of withdrawal syndrome. Alleviating depression in someone going through withdrawal can make the withdrawal and detox process much more bearable, and therefore both safer and much more likely to be successful (many addicts attempting detox fail because they relapse in an attempt to stave off unpleasant symptoms such as depression). 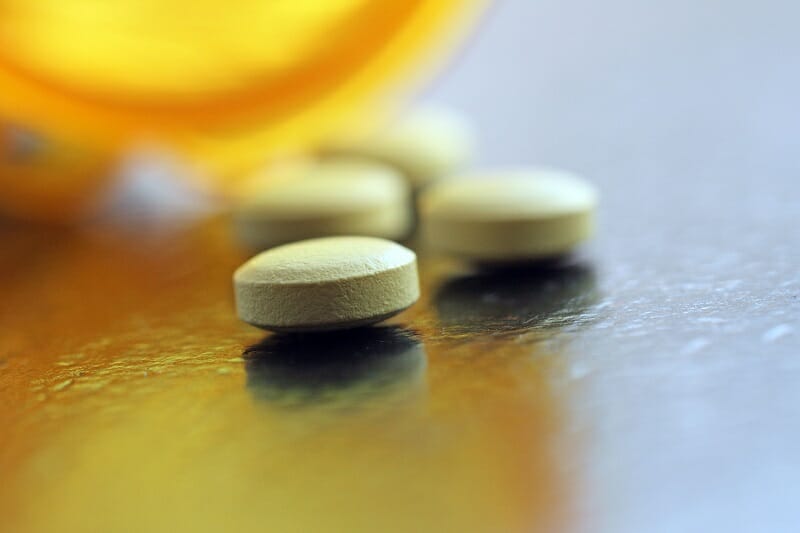 Furthermore, tackling depression once detox has taken place (and the addict’s system is thus cleansed of substances of abuse) makes it less likely that the addict will turn once again to substance abuse (which they may otherwise result to as a way of dealing with their depression).

How do Medications for Addiction Treatment Work?

Desipramine is classified as a tricyclic antidepressant that helps increase the amount of norepinephrine and serotonin – chemicals associated with feelings of happiness and well-being – in the brain by blocking their reuptake; this sustains positive moods for longer than would otherwise be the case, and staves off the advent of negative moods and depression.

Is Desipramine Effective at Treating Addictions/Cravings?

As noted above, research is ongoing into desipramine’s efficacy as a treatment to combat cravings in instances of cocaine use disorders specifically. More generally, it should not be seen as a treatment – let alone a cure – for addiction itself; rather, desipramine can be used to relieve feelings of depression which can in turn drive an individual towards substance abuse, and – if that individual is already suffering from an addiction but is attempting to overcome it – towards relapse, either during detoxification or further down the line of recovery.

Desipramine should always be taken as part of a broader addiction treatment plan such as that which may be provided during a stay in residential rehabilitation (rehab); it is not considered an effective “cure” for addiction by itself. Addiction treatment invariably has psychotherapy at its core – which enables individual patients to uncover and address the fundamental reasons behind their addictions, and provides them with psychological defence mechanisms

against relapse – and desipramine alone cannot tackle these deeper aspects of addiction. Because of the risk of overdose, as well as various potential side effects (see below) desipramine should only be used in accordance with the instructions of the prescribing physician.

What are the Side Effects of Desipramine?

Desipramine is typically associated with fewer and less severe side effects than other TCAs, although it has been known to produce symptoms including nausea and vomiting; dry mouth; gastrointestinal complaints; problems with vision and hearing; insomnia; constipation; lowered libido; impaired memory and cognitive faculties; and breast swelling in both sexes.

If you are suffering from an addiction, only you can take the first steps towards overcoming it, by reaching out for help: no treatment will be effective unless the addict truly wants it.

If you are ready to ask for help, there are a great many solutions available, with facilities throughout the country treating and healing addicts every day. For more information on treatment options available to you, speak with your GP and/or an addiction specialist today.

If you’re an addict it is easy to feel that addiction has taken control of your life – but you can take back that control with professional help. Contact your GP and/or an addiction specialist and take the first steps on the path back to health, happiness, and a better life.