Severe addiction can result in a user taking gradually or, in some cases, rapidly increasing amounts of a drug due to the build-up of tolerance. They may also shorten the time between dosages. As a result, they may develop substance dependence, which can cause the detox process to be accompanied by intense symptoms. One of these is diaphoresis, which can be defined as heavy sweating.

Diaphoresis is commonly experienced by alcoholism sufferers as well as individuals suffering from an addiction to opioids and antidepressants. People with mild addictions are not likely to experience diaphoresis.

Diaphoresis is a medical term for excessive and abnormal sweating without an individual’s environment and activity level making it necessary to sweat to that extent. It is also known as secondary hyperhidrosis to differentiate it from primary hyperhidrosis, which is normal and expected sweating.

While usual sweating is limited to certain body parts at a time, such as hands and feet, withdrawal-induced diaphoresis involves sweating from glands all over the body. It can be accompanied by nausea, vomiting and, in severe cases, seizures.

The first type of diaphoresis can occur before an individual has begun treatment. In the case of alcoholism, it can begin two to four days after an individual’s last intake. It usually points to the imminent emergence of more serious symptoms such as a racing heartbeat and convulsions.

After an individual has begun a medically assisted detoxification, they may experience diaphoresis as they are tapered off a drug. This is particularly the case with antidepressants.

Types of diaphoresis can also be grouped based on when they take place. Some occur at any time and coincide with cravings when a substance-dependent body begins to desire more of the drug. For other substances, such as alcohol, the individual may experience other withdrawals during the day; during the night, they may experience a type of diaphoresis commonly known as night sweats.

Diaphoresis, in the context of withdrawal, is caused by the body struggling to cope with the absence of a drug. For individuals who have taken the substance for a prolonged period of time, their bodies adapt to carrying out basic functions after intake of the substance. In such cases, being deprived of it for extended periods of time results in adverse reactions that include diaphoresis.

Some of the causes of diaphoresis may be psychological. Individuals who have gradually developed such a high tolerance for a substance that they need it to perform everyday activities may experience intense anxiety in its absence, which can result in profuse sweating. 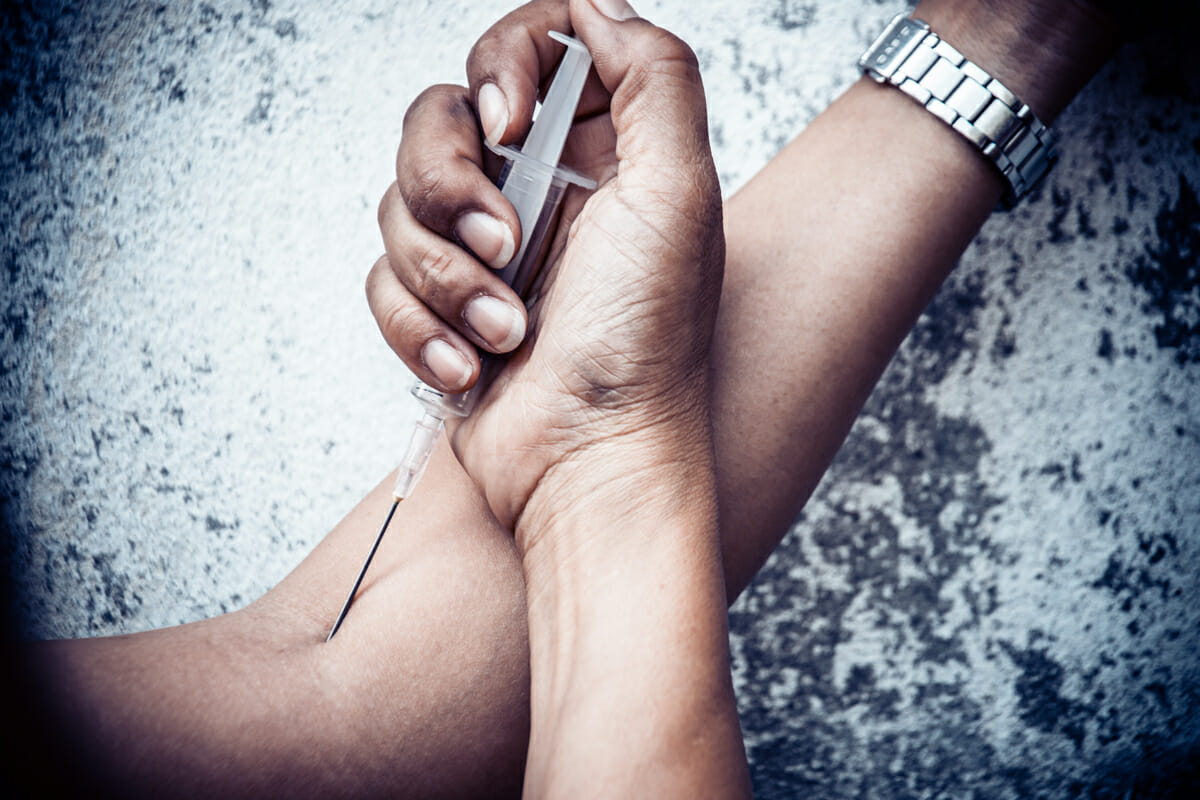 The most observable symptom of diaphoresis is sweating even when the body does not need to cool down or when no physical activity is being done. The sweating is in most cases profuse and drenching.

In the case of withdrawal from strong antidepressants, diaphoresis can last hours at a time, with individuals continually sweating heavily. It is typically accompanied by tremors, agitation and a feeling of panic.

Without medical assistance, diaphoresis caused by withdrawal from alcoholism can escalate to delirium and acute confusion.