What is Crystal Meth? 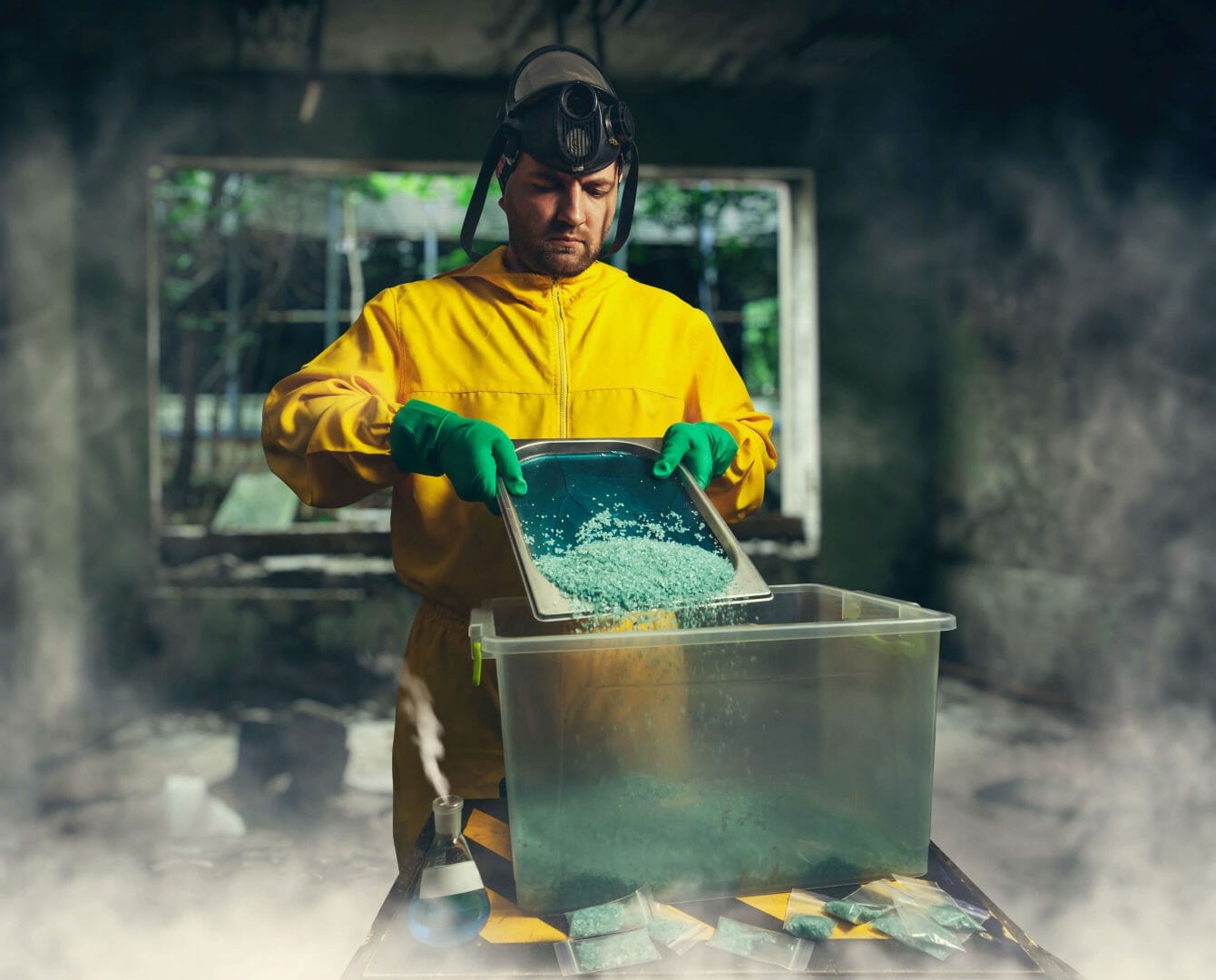 On Friday The Metro newspaper reported that a Boston based maths teacher had been arrested for drug trafficking after being arrested with two bags of methamphetamine. The article pointed out the startling similarities between the accused Stephen Doran and the lead character Walter White chemistry teacher and methamphetamine cook in the popular HBO series Breaking Bad.

Methamphetamine is an amphetamine based drug. This means that the user will feel up and alert and energetic. They will have increased levels of arousal and lowered inhibitions which may lead to unsafe sex and increased risk of sexually transmitted diseases or unplanned pregnacy. Appetite is reduced and there is an increase in heart rate and blood pressure. A crystal meth user may feel more intelligent and confident on the drug, they also may be more argumentative and aggressive whilst using.

The risks of using crystal meth are very high. It is a highly addictive drug and there is an immediate tolerance after first use, which means the user needs to use more and more to produce the same high. Sexually transmitted diseases and blood borne viruses can be transmitted either through unsafe sex or sharing needles to inject the drug. There is also risk of severe psychosis, and risk of what is know as ‘meth tweaking’ which is the come down from using crystal meth where the user experiences severe feelings of sadness and emptiness and can produce unpredictable,violent behaviour, paranoia and hallucinations. There is evidence that long term crystal meth use causes damage to the brain.

There is also high risk of fatality through cardiac arrest, stroke or hyperthermia. If you are using crystal meth or you know someone who is, please do contact UK Rehab we would be happy to help and advise.