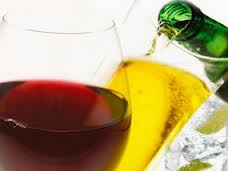 The Dutch government has provided money for a scheme where homeless alcoholics will be paid in beer for cleaning the streets. It is being promoted as a form of harm reduction and it is hoped that by allowing these people to make a positive contribution in exchange for alcohol, it will improve their self-esteem and give their life more meaning. So far, the scheme also seems to have had a positive impact on the local community due to cleaner parks and a reduction in crime levels.

This project in Amsterdam has been launched by the Rainbow Group. Participants are homeless people who are resistant to the available addiction recovery options. The scheme involves individuals collecting litter from the local public areas, and they are rewarded for this work with beer, food, and cigarettes. Some of the participants have been interviewed, and claimed the scheme has improved their quality of life.

The Argument for Harm Reduction

The underlying principle of harm reduction is that some improvement is better than no improvement. The idea is that even if it is not possible to get the individual to stop using alcohol or drugs, it may still be possible to improve their quality of life. It is all about minimising suffering and helping people despite the fact that they are living an unhealthy life.

One of the benefits of harm reduction is that it can encourage individuals to later choose a permanent abstinence. This occurs because as people see their quality of life improve, they begin to understand that there is a better way for them to live. When individuals are really struggling with addiction, their self-efficacy (belief in their ability to change) can be very low, but it may rise because of harm reduction.

Harm reduction is actually a very common approach to addiction and it includes programmes such as:

The Argument Against Harm Reduction Programmes

The major criticism against harm reduction programmes is that they could be considered a form of enabling. It means that those who are trapped in addiction are being helped to avoid the most serious consequences of their behaviour, which may prevent them from hitting rock bottom. The argument is that it is usually the negative consequences of addiction that encourage people to stop.

There is also the concern that some of these harm reductions could be viewed as an attempt to classify some addicts as hopeless cases – individuals who are beyond help. The reality is that there are now so many approaches to recovery that there should be something to suit everyone, so long as the person feels willing to quit.

The critics of harm reduction have been accused of being naive and impractical. It may be true that there are recovery options to suit every type of individual, but some people just do not want to quit drinking or using drugs. If these individuals are not helped, they will not only end up suffering a great deal more than they need to, but they may also cause suffering for those close to them.

Should Alcoholics in the UK be Given Free Beer?

The project in Amsterdam is controversial but will apparently be extended to other cities in Holland. There are no immediate plans to launch such a scheme in the UK, but if it proves successful elsewhere, it may become an option worth considering. It is not really too different to providing heroin users with methadone.