Paul Gascoigne was one of the most recognised names in football during the 1990s. He became a legend for English fans, who called him by the affectionate name of Gazza, and he picked up 57 caps playing for his country. Despite his many successes in life, though, Paul Gascoigne has also endured a great deal of suffering due to mental illness. Alcoholism became close to destroying him on a number of occasions, and he has been diagnosed with obsessive compulsive disorder, bipolar disorder, as well as a history of eating disorders. He has made numerous attempts to escape addiction, but he seems unable to sustain this. The BBC reported that he was recently slurring his words at a charity event, so it seems that Paul Gascoigne is still struggling to gain control over his life.

Friends, family, and fans are becoming increasingly concerned by Paul Gascoigne’s decline. At this recent charity event, he looked to be in a great deal of discomfort. He was not only slurring his words but also visibly shaking. It is heart breaking for loved ones to see him like this because there has been so many times when he seems to have been getting on top of his problems. The wife of George Best (who died in 2005 due to alcoholism) says that the current state of Gazza is a painful reminder of how things were with her husband. She and many other people are trying to convince him to get help for his problems.

Paul Gascoigne is No Hopeless Case

Gazza does seem to be following a pattern that has killed many other people. This does not mean that he is any type of hopeless case though. There are also plenty of inspiring examples of those who battled for years to overcome addiction but then eventually managed to recover for good. The fact that Paul has failed to make recovery last in the past does not mean that he will have the same experience in the future. It is said that relapse is a normal part of recovery. This does not mean that it is okay to keep on relapsing, but it does mean that it tends to take those trapped in addiction many attempts before they are finally able to deal with things.

Like many other alcoholics, Paul Gascoigne is also dealing with a dual diagnosis. This means that he has mental health problems as well as his addiction. It may well have been that he fell into alcoholism because of self-medication. It was only during his time in rehab that Paul found out that he had bipolar disorder, so this means that he would not have been intentionally self-medicating – he may have just found that drinking seemed to alleviate his symptoms. In order for him to break away from addiction now, he will likely need to have all his problems dealt with together. If not, then his mental health problems will continue to get in the way of recovery. Dual diagnosis treatment options are improving all the time, so there is almost certainly going to be something that will work for Paul Gascoigne. 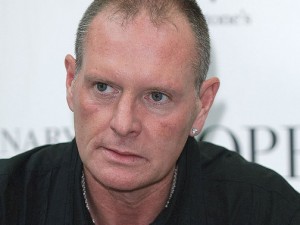 What Now for Paul Gascoigne?

Paul Gascoigne could easily end up following the same path as George Best, but it does not have to be this way. He is still relatively young at 45, so he will have plenty of time to build a good life in sobriety. His problems are complex, and there is no easy solution, but by choosing recovery, he will be able to turn things around. By doing this, he would once again become an inspiration, and he would become a hero to those people who are battling to escape their own problems