Alcohol has been an aspect of human life since long before the dawn of recorded history – and, unfortunately, so have some of the negative implications of its consumption, including the development of addiction.

What is Alcohol Use Disorder?

Alcohol use disorder (AUD), more commonly known as alcoholism, is a term used to describe the drinking of alcohol that causes physical or mental health problems. The words “alcoholism” and “alcoholic” date back a long way, and although they are very common in mainstream society, they are comparatively poorly defined, typically referring to both alcohol abuse and alcohol dependence. Because alcoholism has such a long history, there are various different diagnostic frameworks used in the medical community; it is more or less universally acknowledged, however, that alcohol abuse and dependence tend to go hand in hand and that someone suffering from alcohol use disorder will almost inevitably also be dependent upon alcohol. 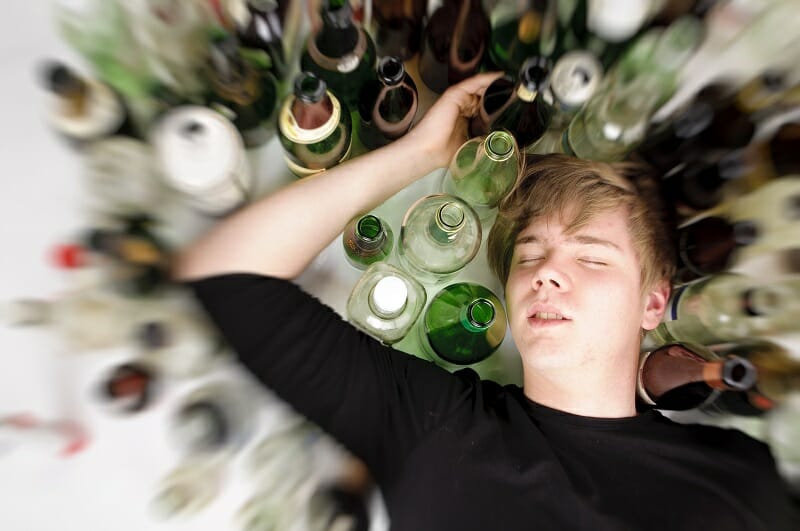 Risk factors of alcohol use disorder

Theoretically, anyone can develop a dependence to alcohol – as with other substances of abuse that can cause dependence – by regularly consuming it to excess. In practice however by no means everyone who drinks alcohol becomes alcoholic. Some prominent risk factors of alcohol use disorder include consuming more than 10, or 15, drinks a week for women and men respectively; consuming more than five drinks in a sitting (binge drinking) three or more times a week; having at least one parent suffering from alcoholism; having a mental health problem such as depression; low self-esteem; stress; coming from a culture where alcohol abuse is comparatively common.

Causes of Alcohol Use Disorder

A huge quantity of research conducted over many decades has contributed towards our understanding of the causes of alcoholism. It is clear that both genetic and environmental factors play significant roles. People who are genetically predisposed to alcohol use disorder (as shown by a family history of alcoholism) are more likely to begin drinking by an early age, with around 40% of alcoholics beginning to drink to excess regularly by late adolescence.

Childhood trauma, a lack of family support and the existence of other mental health disorders (including other substance abuse disorders, for example cannabis addiction) have all been identified as contributing towards the development of alcoholism, as has alcohol’s ready availability. Men are twice as likely as women to develop alcohol dependence or engage in alcohol abuse.

Symptoms of Alcohol Use Disorder

Early signs of alcoholism include the development of a pattern of binge drinking. Over time, a heavier-than-average drinker will develop an increased tolerance to alcohol, and will begin to develop cravings as physical dependency sets in. Alcohol also begin to affect the drinker’s mood with increased regularity and severity, and may also begin to have adverse effects on mental health (see below).

Symptoms of worsening alcohol use disorder, in which the affected individual should seek help quickly, include very frequent intoxication; frequent blackouts; regular promises to stop drinking (and failing to do so); engaging in denial and/or deceit regarding drinking; a loss of care regarding personal appearance and hygiene; problems with relationships and/or work; financial struggles; loss of appetite; the development of co-occurring mental health disorders and other health complaints.

How Alcohol Use Disorder Impacts Your Health

Alcoholism can effectively destroy a person’s physical and/or mental health, with a huge number of health complaints potentially developing, some of which can prove fatal: cirrhosis of the liver, heart attack, stroke, cardiovascular disease, alcoholic dementia and various cancers resulting from alcoholism can all kill, what a huge range of non-fatal – but nevertheless unpleasant and/or debilitating – health conditions have also been associated with alcohol use disorder.

Depression and anxiety are the two most common psychiatric symptoms of alcohol use disorder, but they are by no means the only conditions that can result. Alcohol’s physical impact on the brain causes damage to brain function and this can cause significant psychological and/or neurological complications including psychosis, dementia and confusion.

If an individual has built up a dependence to alcohol withdrawal can be fatal if not properly managed and monitored.

How to prevent alcohol use disorder

It is a truism, but the only way to be absolutely sure of preventing alcohol use disorder is not to drink. In the absence of abstinence, however, ensuring that your alcohol consumption stays within healthy limits – for example government guidelines on weekly maximums; never drinking on more than, say, three consecutive days; and allowing yourself regular periods of respite (“dry” months, for example) are all basic steps anyone can take to help ensure they do not develop into a problem drinker.

If your alcohol consumption has already gone past the point of safety, do not despair: it is not too late to ensure that you live a happy and healthy life. Reach out to your GP and/or an addiction specialist today, to discuss what treatment options may be available to you in your area.

How to Find an Alcohol Treatment Centre
Coming to terms with the fact that you might need treatment for an alcohol addiction is never going to be easy. However, if you have allowed your use of alcohol to spiral out of control, it ...
The Real Aim of Alcohol Rehab Explained
Alcohol is a substance that is enjoyed by the majority of adults in the UK. But while most people drink it in moderation, others drink to excess regularly, which is putting their health and ...
How Does Alcohol Treatment Work?
Abuse of alcohol is a common problem in the UK. However, most people do not understand how their consumption of alcohol could be classed as abuse, or even harmful. With the Government recomm...
Get Confidential Help Now